So, God has been putting on my heart to rewrite the Lord’s Prayer (The Our Father) so I can understand what it means for me. I wanted to share because I think it’s sweet of God to let it come out, here it is:

My perfect father in my final home, my real home. Your name is the best! You are my perfect daddy and a perfect king. The kingdom you have set up in heaven needs to be more here on earth. Let all of us here on earth serve you as our king and do your will above all others so that your people get ready for the coming kingdom. Give us today’s needs met, our daily bread (you’re so funny God I guess you knew that $ would aka bread/dough), let that be enough as we can only be in one day at a time. Help me to understand and forgive, because I now understand how much I’ve needed forgiveness. Don’t let sin look attractive, and deliver me if it does, or when I fall into it. Your kingdom is the one that’s going to last forever and it’s your power that’s going to get us there and sustains our lives right now. Your glory is awesome and it’s only going to get better as we get closer to heaven, your kingdom.

So, this has been a journey, to say the least. We have 4 daughters, 4 pets and a beta fish; for some, the fish is a pet. I say he, named Ruby, is too easy to be a pet! Five years ago, We went through a lot of LIFE….We lost our home, business, and our “normal” way of life. That was huge for us, for anyone.

Stress was abundant! I was learning how to trust and really rely upon a God that would take care of me and my family in these times. My faith grew, because we would make it each month financially, when it looked impossible.  My health began to decline, but I had no answers, so I prayed. I sensed God letting me know I was sick, but I couldn’t believe that the God I had been taught, would let me be that way. He would heal, but not cause sickness. Today, I don’t believe he caused it, but allowed it. I have grown in ways I would’ve never imagined, physically, mentally, spiritually, when I have just believed him and not all of the outside voices.

So, I had a really bad cough, that people said “bless you” for, because it was so obnoxious, and a lower back that practically knocked me over when I coughed.  The frustrating part was I looked great on paper, by blood tests. Until… 4 years in, I finally had good health insurance and started seeing specialists. A smart, spirited pulmonologist had the right idea and ran some auto immune tests. I ran positive for the HLA-B27 gene. This is a marker for ankylosing spondylitis. WHaa-aat?? That’s not a diagnosis I had ran across on google. Next, a trip to the rhuematologist, MRI, and a double check on the blood marker.  Yep,positive HLA-B27 and inflammation city in those hips…Stinks because I love to dance.  SO…., kind of an answer…and the cough??? Not really answered, which I realize now is how autoimmunity works.  If the disease is systemic, it can affect all of you.

My story is here for encouragement, unfortunately it may be un-palatable for some. Oh well… I went through a diagnosis of some psychiatric issues previously, after my fourth daughter was born.  I have a history of alcoholism and have been sober most of my children’s lives. So, they said that was a symptom of mania. Truthfully,  I am and have always been a passionate person, that can have anxiety. I don’t think that qualifies as mania. After trying over 28 meds in a period of 10 months, I began to realize I could and had to take my health into my own hands. I have never reacted to pharmaceuticals well. I will have an opposite reaction, and then be told that’s impossible by medical professionals.   It’s taken me awhile to trusts myself over the doctors. However, it has been empowering, and I have become educated in ways I never intended.

The education started with a naturopath.  I began to try homeopathics and was amazed at the outcome. The history of previous meds left me severely depressed and anxious. My whole system was out of whack when I trusted pharmaceuticals. I began to eat differently and look at wellness, not medicine. I take probiotics, enzymes, vitamins and don’t eat gluten, and minimize dairy, sugar and soy. I still like a good candy bar at times. All of this was a process, with grieving food, getting my family on board, and learning, learning, learning. My husbands asthma improved remarkably, one of my daughters that struggled with mood swings stabilized, all from diet, amazing! I had to address some inner issues that could be adding to my conditions as well. This has happened through a lot of counseling and spiritual work on my own. I have had to lay down what I thought was the right way and pick up different tools, tools right for me as an individual, uniquely created. That included re-evaluating teaching from organized religion, educated doctors, and my learned behavior from family history.

It’s easy to see why I’m not on the band wagon with immunosuppressants as I don’t  respond well to other medications. Plus, I have been learning to be healthy. Why wreck it now? I ended up having a couple of days where walking became difficult, even impossible. I never believed I would see an elderly person getting around better than me. I am young, mid -thirties, and I was told by my rhuematologist that they have stylish canes. A cane!? Obviously, my pride has been being dealt with. When I say 5 years dealing with “this”, I mean waking up everyday hacking up a lung just to get going and aching so bad I just want to go to bed from the beating my own body was giving me. After lots of prayer and consideration of what my options were, God put someone in my path.  He had been in great pain, like I was. He had taken pain killers until they wrecked him so bad he was defecating blood. I’ve tried pain killers, but, as I mentioned, I’m sober and I don’t want to get addicted to narcotics. They are not healing the pain, only tricking me into believing it’s not there. This friend told me he had been using cannabis and he was happy and pain free, able to function.  Cannabis, you mean marijuana? I’m not sure about that, I’m sober remember.  I started researching and could not believe all of the testimonials of healing through use of CBD and THC. I learned what these two chemicals were. Don’t just trust me, research it yourself!  I was really wrestling with it and started to put my hope in where I believed God was leading. This took great faith in my relationship with Him. It would be anti my recovery groups, anti my church, anti what I had thought. I thought wrong…!

It has been a definite shift. My relationship with my creator has grown deeper as I began to ask him to to reveal himself, and journal what I believed he was communicating through the bible, people, nature, and recording what he was speaking to me as I inquired.  This took a leap…to believe, he really would and wanted to talk to me. To believe he would lead in all things, including health, even if I didn’t understand.

I started using cannabis through a vaporizer and by edible means after this process of prayer, counsel and study. I’m only a short time in and I can bend over with out hurting, I am not controlled by sickness and I feel like the inflammation is decreasing. Testimonials about auto immunity said it would. I didn’t realize how very anxious I was until I wasn’t as anxious. I’m light hearted, more of myself, not the condition, not the labels. I guess, on this journey, I still can’t believe this would be such a large part of my solution. I’m not a stoner, with red eyes feeling “so high”, I’m an able to function mom, wife, friend, and survivor. I want to share my experience, strength, and hope in a way that helps others to believe, to ask, to research and become wise in their health spiritually, emotionally, and physically. 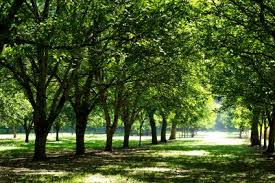 This morning I was sitting down with my coffee, basket of books, and a puppy under my feet. I am a questioner. I seem to come to God most with, why God?, I don’t understand. I have found my place in him though fighting through so many of those questions.

Today it started with, I don’t understand the cross, again, Lord. Why? I sat in His presence and heard, it fulfilled prophesy. God’s ways are higher than mine. Biblical prophesy is way above so much of my understanding, but I do know the odds that Jesus could fulfill over 300 prophesies are pretty amazing. It also came to me with comfort, that yes, there was the cross, but in 3 days the power of sin was defeated and He is alive now.  He is alive. So, my question of the process and where my heart has a hard time comprehending is comforted in Him not staying hurt and dead. Then the best part came, He’s not ONLY alive, but ALIVE IN ME. I have come to greatly rely on the Holy Spirit. He is my comforter, and someone who is such a questioner with an extremely sensitive heart, needs a comforter. He is my friend, always with me, never rejecting me. He is my father, and I am still becoming aware of what a father is, as I have not experienced much of an earthly one. He is the beauty I see when the trees move, the abundance of the leaves. HE is the fragrance of the most fragrant of roses. He is the silliness behind my pets. I don’t know much sometimes, but this God is more than I could hope for him to be and the more I ask Him if He is all these things I hope, He answers I AM.

This is a text widget. The Text Widget allows you to add text or HTML to your sidebar. You can use a text widget to display text, links, images, HTML, or a combination of these. Edit them in the Widget section of the Customizer.